Sastify your taste buds with premium steaks or enjoy the irresistible fresh flavors of seafood,﻿ The Grill will surely bring you memorable culinary experiences. 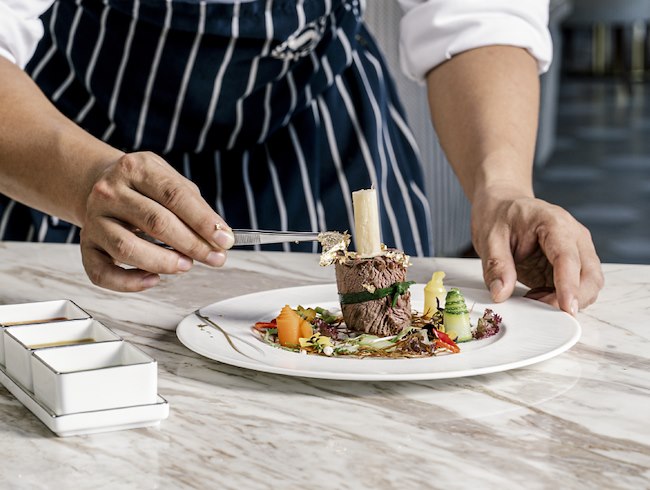 The King's Statue - From Hue's Royal Cuisine to Grandma's recipe

Chi tuong Tien Vua (The King's Statue) was one of the folk dishes of the poor Hue people to advance the Kings. This dish is not noble in the ingredients - simply with sugarcane, shrimp, beef and herbs, yet the decoration is sophisticated and visually striking. The dish resembles an elephant's leg, with the sugarcane representing the bone, and shrimp and beef representing the skin. The visual of the elephant's leg is strong and solid, indicating the power of the Kings and also carrying the respect of the people for Their Highness.

Come to The Grill and check out this Lost Recipe by Chef Vu!